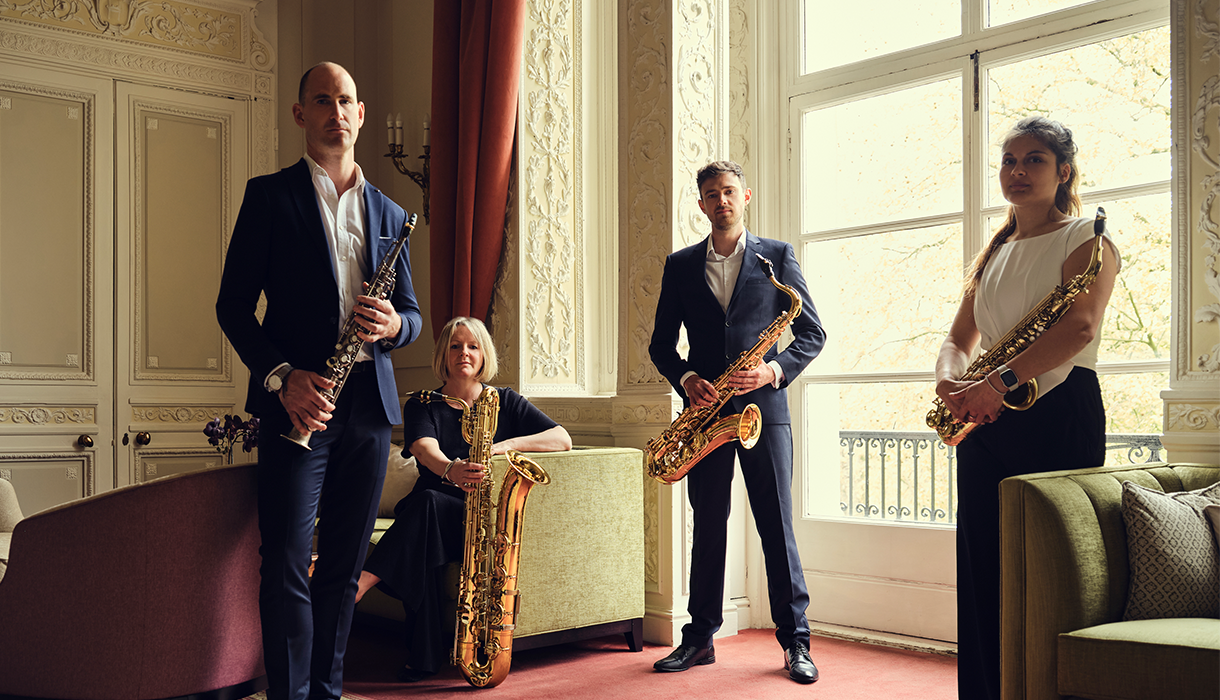 As one of the leading British saxophone quartets among the new generation of artists, the Ferio Saxophone Quartet consistently receives a highly enthusiastic reception from audiences and critics alike.

In 2015 Ferio made their debut at the Purcell Room, as winners of The Philharmonia/Martin Musical Ensemble Award and during the same year were winners of the Royal Over-Seas League’s Ensemble Competition. They received the Tunnell Trust Award in 2014/15 and were Park Lane Group Artists for the 2016 season. The ensemble was a St John’s Smith Square Young Artist 2016-2017; during the course of the year this scheme involved Ferio in a number of projects focusing on marketing, commissioning and outreach work in addition to a series of concerts.

The ensemble has performed at Queen Elizabeth Hall, Wigmore Hall, Conway Hall, Cambridge Summer Festival and the Three Choirs Festival, and has given concert tours in Scotland and the Channel Islands. They have also played at the Bermuda, Edinburgh Fringe, Brighton, Newbury, Machynlleth, North Norfolk and Petworth Festivals. In November 2017 the quartet travelled to New Zealand giving concerts organised by the Royal Over-Seas League where they also joined the panel of adjudicators for the Pettman/ROSL Arts Scholarship auditions.

Commissioning new music is also an important strand of Ferio’s work. As Park Lane Group Artists, they gave the world premiere of the ‘Ludovico Technique’ by Laura Bowler which they subsequently performed at Wigmore Hall. They have also worked closely with composer Guillermo Lago and commissioned him to write a new work for the quartet. The resulting composition, inspired by three of William Wordsworth’s poems, received its premiere performance at St John’s Smith Square, London, in April 2017. In May 2017 they gave the first performance of ‘Close Shave’ by Simon Rowland-Jones, which was commissioned by the St John’s Smith Square Young Artists’ Scheme.